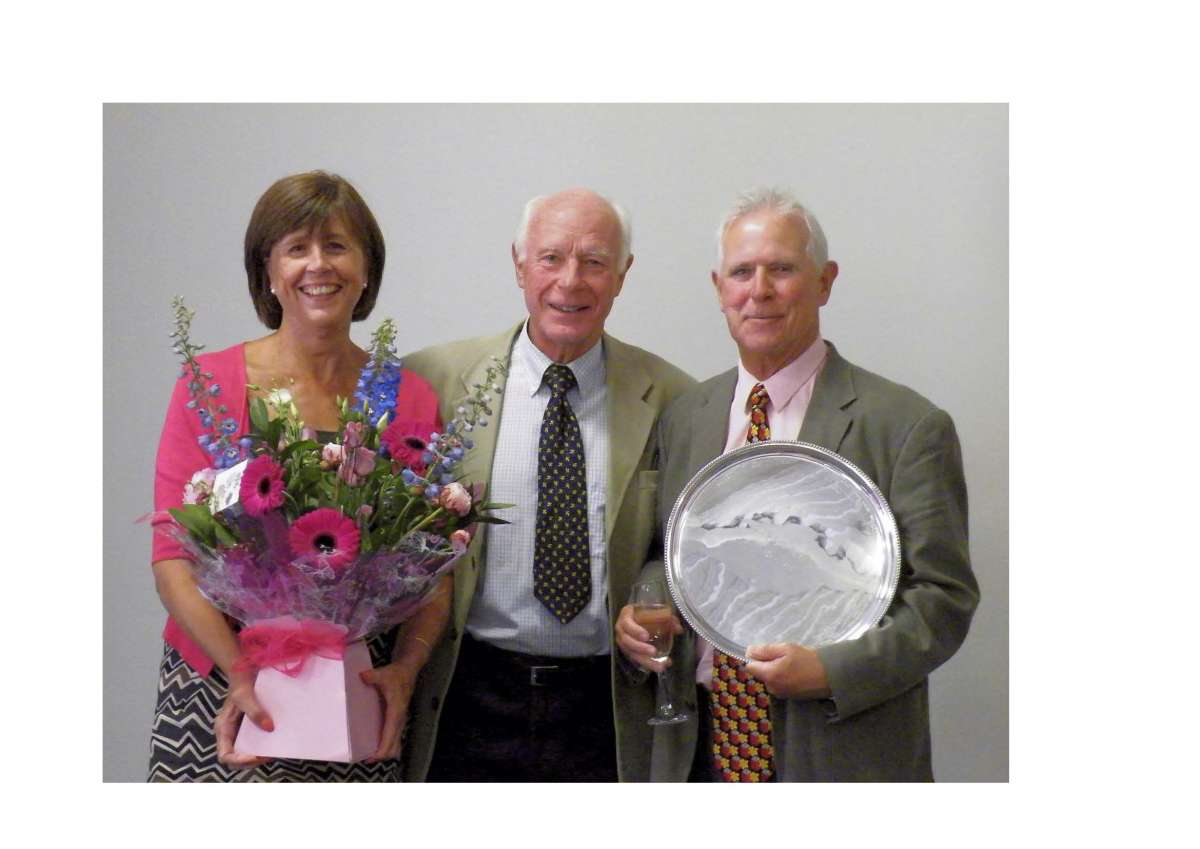 In 1992, the Covent Garden based flower importing company, J. & E. Page, gifted a silver salver to Springfields Horticultural Society as part of their celebrations to mark the 90th birthday of their chairman, Carlo Naef. Each year since then the Carlo Naef Trophy has been awarded by the Trustees of the Society as a mark of recognition and appreciation of the work carried out by the recipient for the UK flower bulb industry.
This year the trophy has been awarded to Mr Brian Taylor in recognition of his life-time involvement within the Taylor family’s horticultural and farming business based in Holbeach, Lincolnshire and also in appreciation of his personal dedication and association with the broader daffodil bulb and flower growing industry to which he has given much of his own free time representing this important horticultural sector on various committees and trade associations.
David Norton, Chief Executive of Springfields Horticultural Society said “Working alongside his brothers John & Roger, Brian helped to develop the family business, O A Taylors & Sons, which today is the main UK supplier of pre-packed bulbs to garden centres, retailers and other outlets all around the country. Brian’s primary role at Taylors was the production of the daffodil bulbs and flowers. He was one of the first people to start exporting daffodils to Holland back in the 1970s and at one time Taylors became the largest exporter of English daffodil flowers to the Dutch flower auctions. This led to the opening up of other new opportunities exporting hundreds of thousands of bunches of daffodils each spring all over Europe as well as to the USA and Canada. Taylors also supplied daffodil bulbs to the pharmaceutical industry for the extraction of galantamine which was used as a treatment for Alzheimer`s.”
Mr Taylor’s extensive career experience in the daffodil bulb and flower industry meant that he was also well respected for his technical and practical knowledge of bulb and flower growing and he represented growers on many committees including the NFU Ornamentals Committee and NFU Bulbs Sub-Committee (as chairman); HDC Bulbs and Outdoor Flowers Panel and the Kirton Experimental Horticultural Station Bulbs Committee (as chairman). More locally, in the aptly named South Holland area of Lincolnshire (around Spalding) he had roles with the NFU South Holland Horticultural Association and South Holland Growers Club as well as the Spalding Flower Parade Committee and the Springfields Horticultural Exhibition (S.H.E.) Committee.
David Norton added “Brian has always been a dedicated supporter of the daffodil bulb and flower industry and those who work within it, and it is therefore justly fitting that he should receive this recognition from the industry that he has supported all his life, an award that his colleagues and associates would like him to accept as a sincere “thank-you” for his efforts on their behalf and as a sign of their appreciation of his considerable achievements”.
The award was presented by Mr Peter Ruysen, Chairman of Springfields Horticultural Society on behalf of the Trustees of the Society and bulb industry friends and colleagues on 13th June 2017.